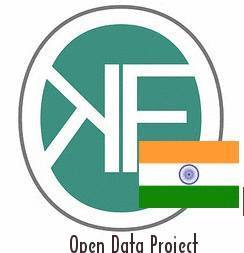 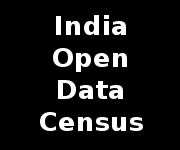 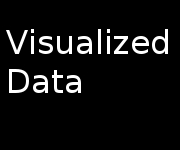 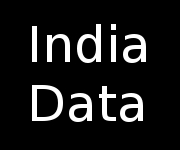 The advent of the printing press helped a lot in the democratization of knowledge and research in Medieval Europe. The arrival of the movable type printing press introduced the era of true mass communication in the western world and this, in turn, altered the fabric of the society forever. It transformed people’s lives by changing their relationship to information and knowledge. It also transformed their relationship with existing authority. It created a new breed of free thinkers, who ultimately dislodged the Dark Ages and brought about the Modern Era. Involving the ‘general public’ and saving knowledge from the hands of a select few brought about a positive change in the human society. Print created the possibility of wide and rapid circulation of ideas. This opened up a new free world where ideas could be debated and discussed. Thus the foundation of the modern scientific fervour was laid.

Print brought the ideas of thinkers, philosophers and scientists closer to the common man and made new ideas more accessible. It is a matter of debate how thinkers, like Issac Newton, could influence the thinking of the society without access to print. It would be superfluous to mention how true scientific debate started only after the invention of the printing press. The writings of thinkers outside the central sphere of science (like Thomas Paine, Voltaire, Jean Jacques Rousseau, etc.) too went a long way in shaping the world as we know it today.

However, in their time, the first printing presses were mostly viewed with skepticism. Barring a handful, most influential people opposed it. The ‘holier than thou’ expressed their fears that the world would come to and end if they let the common people use print. Even those, who welcomed the print, were apprehensive of the ‘ill’ effects that wider circulation of ideas through print could have on the world. Rulers and religious heads feared that if they did not control the printed material, their authority would vastly diminish. They wanted to have total control over what was to be printed.

As more and more researchers embrace Open practices, irrespective of the influence of any kind of authority and affiliations, a new free world of debate and discussions will truly open up. Positive Open Science movements have shown us how researchers can jump over all traditional deterrents and contribute positively towards the development of the scientific community, as a whole. Dissemination of research in Open Science Platforms (where researchers can freely upload their works) should be enough in terms of publication of research. The whole community of researchers will deliberate over these published works and not just a select few. This will take scientific dialogue forward in the true sense. As printed books replaced handwritten manuscripts, so will such Open platforms of knowledge dissemination eventually replace other non-Open pathways of dispersing knowledge.

“Open data is data that can be freely used, reused and redistributed by anyone – subject only, at most, to the requirement to attribute and sharealike.” OpenDefinition.org

The Open Definition sets out in detail the requirements for ‘openness’ in relation to content and data. The key features are:

Availability and Access: the data must be available as a whole and at no more than a reasonable reproduction cost, preferably by downloading over the internet. The data must also be available in a convenient and modifiable form.

Universal Participation: everyone must be able to use, reuse and redistribute – there should be no discrimination against fields of endeavour or against persons or groups. For example, ‘non-commercial’ restrictions that would prevent ‘commercial’ use, or restrictions of use for certain purposes (e.g. only in education), are not allowed.

Transparency. In a well-functioning, democratic society citizens need to know what their government is doing. To do that, they must be able freely to access government data and information and to share that information with other citizens. Transparency isn’t just about access, it is also about sharing and reuse — often, to understand material it needs to be analyzed and visualized and this requires that the material be open so that it can be freely used and reused.

Participation and engagement – participatory governance or for business and organizations engaging with your users and audience. Much of the time citizens are only able to engage with their own governance sporadically — maybe just at an election every 4 or 5 years. By opening up data, citizens are enabled to be much more directly informed and involved in decision-making. This is more than transparency: it’s about making a full “read/write” society, not just about knowing what is happening in the process of governance but being able to contribute to it.

There are three key rules we recommend following when opening up data:

These are in very approximate order – many of the steps can be done simultaneously.