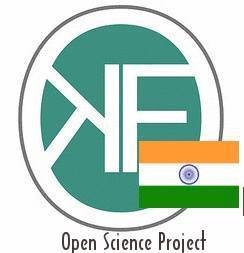 Vitayard is a research sharing platform of the ‘scavenging’ type. It is powered by selections and submissions to the Vitayard Blog. Vitayard is supported by the Open Knowledge India.

As more and more researchers embrace Open practices, irrespective of the influence of any kind of authority and affiliations, a new free world of debate and discussions will truly open up.

The Need For Open Science

Over some years now scientists and science-enthusiasts across the globe have been trying to open up the way science is done. Movements like the ‘Budapest Open Access Initiative‘ or the ‘BOAI‘ have been more than successful in this. Scientists all over the world boycotted a few journals, that were against Open Access, and many of the journals now have accepted Open Access of research as a necessity. The Public Library of Science publishes the PLOS journals that are very much Open Access. However, a great deal is to be done yet to make the publication process in sciences democratized.

What ails the world of science today the most is the prevalence of the evil of an artificially projected intellectual aristocracy. A handful who claim to be ‘know-it-all’-s have the power to dictate how science is done, by controlling the publication process. The present conventional process of science publication, though once served its purpose, now does very much stifle free thinking and unconventional work. It tries to regulate scientific work into ‘narrow domestic walls’.

A rapid and effective democratization is the need of the hour. What we need today is not any strangulation of free thinking but an effective process, where all voices are registered. In such a process, everyone will have a right to say things they want to say. However, the scientific, community as a whole, will decide which of these are to be accepted more than others. Let not a few ‘elite’ handful but the community, as a whole, decide the way forward.

Now, this is easier said than done. However, the recent years have shown us a few ways in the right direction. Projects like Mendeley and Figshare are a few that lets scientists share their work without any bar. ‘figshare allows researchers to publish all of their research outputs in seconds in an easily citable, sharable and discoverable manner. All file formats can be published, including videos and datasets that are often demoted to the supplemental materials section in current publishing models. By opening up the peer review process, researchers can easily publish null results, avoiding the file drawer effect and helping to make scientific research more efficient. figshare uses creative commons licensing to allow frictionless sharing of research data whilst allowing users to maintain their ownership.’

Figshare is supported financially by Digital Science, a subsidiary of Macmillan. It lets researchers to publish even negative results. The next step would be a greater involvement of scientists and science-enthusiasts in such projects and filtering out, as a community, the more important results from the less. It should be made into an organic process instead of an artificial one.

Imminent Changes In The Publication Process In Sciences

‘In questions of science, the authority of a thousand is not worth the humble reasoning of a single individual.’ – Galileo Galilei The present system of dissemination of research is primarily based upon publication in ‘peer reviewed’ journals. While the journals themselves stand to gain profit from the research done by scientists, the hapless researcher can think of only one gain, i.e., being published in a ‘peer reviewed’ ‘prestigious journal’. In today’s world, many such ‘prestigious’ journals even demand money from the researchers for publishing their work. The much debated ‘peer review’ that such journals ensure primarily include the opinions only a few ‘know-it-alls’. While much trash pass through this ‘very efficient’ system, many great works are ridiculed. Journals lose so much of their funds maintaining such a process. However, the journals did once serve their purpose. The journal-system once used to be one of the best forms of dissemination of research, before it hit the stone-wall of scientific elitism driven almost entirely by profit-making forces. This system of publication is obsolete (to put it very mildly) and its replacement by more efficient systems is long overdue. In today’s information-driven world there can be no place for any false sense of intellectual aristocracy. Advent of the Internet and cloud-based storage, which allows peers to look easily into each other’s work, has made the logic behind continuing with the medieval system of ‘peer review’ even more ineffectual. Discussing with an open mind, what purpose do the journals serve now except serving commercial interests of a select few? A free storage service like the arXiv should be enough for disseminating research. While this particular storage has turned elitist over time, new ones like figshare have many added features to make the work of the scientific community easier. Figshare makes good use of cloud based storage and it allows all forms of research to be published. A peer review by the whole scientific community is always better than that done by a chosen few. The journals can still survive ‘scavenging’ for their favoured research works that are already published in Open Science data-repositories. They can choose works from such repositories and re-publish them if they wish to, giving due credit. However, dissemination of research in a place like figshare should be enough for the researcher in terms of publication and credit. A progressive involvement of the community of scientists, as a whole, is required for providing these new systems the much needed impetus.

One thought on “Open Science Project”